Hans Waanders (1951-2001) was a Dutch artist who, following a chance sighting of a kingfisher, became obsessed with them in his work for over fifteen years. Using the silhouette of the kingfisher, he stamped it over every image of every other bird in the Field Guides he found in charity shops and book shops. For him the kingfisher represented a metaphor for life – its possibilities, survival, flight and fall. I had the pleasure of meeting him at Grizedale, which he wrote about in a postcard to me after, as ‘a very nice spot but perhaps a little remote?’.  Alec Finlay published the resulting short essay in Pocketbooks 12, ‘The Libraries of Thought & Imagination’ (2001). Dowload  The Field Guides of Hans Waanders 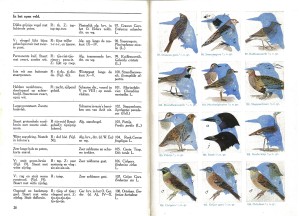 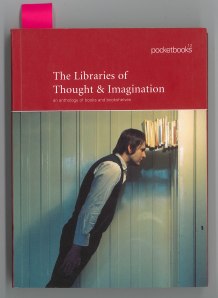